Herbal Medicine is probably the oldest form of medicine man has used to treat himself and his animals since records began. Dogs and other animals have used herbal medicine even before that you could say. It has been recorded that Asclepius (the Greek god of medicine) admired the dog most of all, as the dog finds herbs to eat specifically for treatment of ailments.
Noted English herbalist Juliette de Bairacli Levy observed her kennel of Afghan hounds for decades, and observed that they preferentially eat certain herbs from her garden, including couch grass, wild oats, cleavers, lemon grass, wood sage, fennel, mustard, strawberry, garlic and borage .
Cats, of course, seek out and raid any stand of catnip they may find. 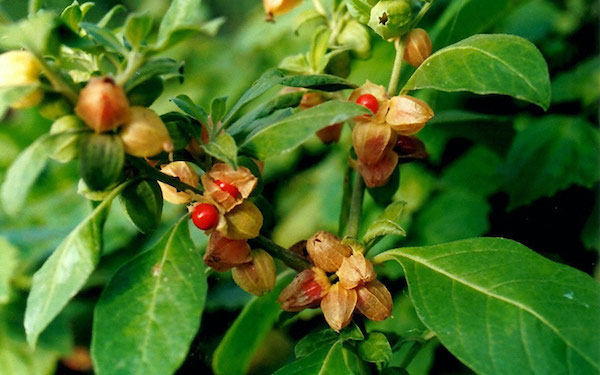 I use as part of my immune boosting combination daily regime against Covid-19 and other winter viruses.

There are various sub divisions and traditions which grew up in different parts of the world which have been added to or combine by the modern herbalist in the West.
Traditional Chinese Medicine (TCM) is the best and earliest recorded - the Shen Nong Ben Cao Jing was written 122BC as is a complete Materia Medica of herbs
Ayurveda is a branch from the Indian Sub continent which may even be older and there are many other variations from other parts of the world where different plants are found. We are fortunate now to have access to herbs from all over the world and be able to combine these disciplines.

Why do modern folk still show such an interest in herbs and herbal medicine when we have powerful drugs from the pharmaceutical trade?
Well, herbs are different from drugs. Not only might they contain more than one pharmacologically active substance, but they also contain
nutritional elements such as vitamins, minerals, amino acids, enzymes and sugars. Chronic ailments may involve a nutritional inadequacy not addressed by the consistent, unchanging diets most pets eat.

Another difference is that herbs are usually prescribed in combination, as opposed to single herbs. The idea is to increase the therapeutic activity of the prescription by finding more than one active constituent, and sometimes more than one mechanism of action, to get the desired response from a patient. An advantage is to decrease toxicity. Multiple herbs may 'dilute' each others' toxic effects and work together to improve rates of cure.

This combination of affects has recently been called the entourage affect in particular with reference to Hemp but all plants have a combination of many different photo chemicals which can act together in synergy to produce a often more powerful affect than the single chemical in the drug.

Many of our most commonly used drugs originally were extracted and purified from herbs but perhaps are more likely to have toxic affects in this form.
Herbs cannot readily be patented and so produce large profits for the pharma industry but the adverse of this is that we do not have the same level of research into dosage, and other aspects of pharmokinetics - how a drug/herb acts in the body - and so they are not as readily accepted by many mainstream vets.
There are an increasing number of "Neutraceuticals" or "supplements" used in general practice which do in fact contain herbs such as Nutravet products and Denamarin.

A veterinary surgeon trained in herbal medicine will perform a long detailed consultation similar to the homeopathic one described elsewhere and give an individualised prescription depending on what is found at this time.
The UK legal position
THE VETERINARY SURGEONS ACT 1966
Under the terms of the Act, it is illegal for anyone other than a RCVS-registered Veterinary Surgeon to prescribe herbal medicines for animals or to diagnose or give advice based upon a diagnosis. This includes but is not limited to homeopathy, acupuncture, herbal medicine and aromatherapy.
This law applies, even if no charge is made for the service but does not apply to owners who treat their own animals.